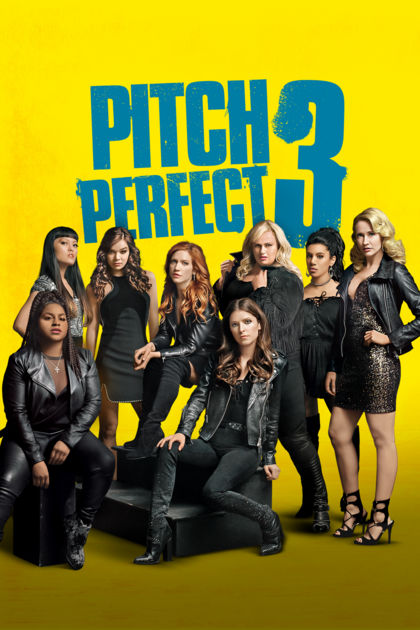 I was pleasantly surprised by the first Pitch Perfect, which makes this franchise’s steep decline all the more of a bummer. This movie begins with a stark reality check, with all of our characters out of college and leading fairly disappointing lives. I’d have loved to see the movie embrace this a bit more — leaning in to the idea that nobody in the real world cares about your college a cappella group’s glory days, while not groundbreaking stuff, could have taken this movie in a refreshing direction.

But while the movie touches on these ideas, it doesn’t ever really do anything with them — the “real” bands the group is competing against are initially unimpressed by our protagonists' amateur act, but then immediately participate in a riff-off with them. Throughout, the movie calls out clichés and tropes, but then immediately leans into them without actually saying anything interesting about said tropes. The story ends up hitting the same story beats as the previous films without really bringing anything new or interesting to the table.

It’s interesting that these films have followed a similar trajectory to Glee — both had a surprisingly-strong initial showing, but quickly became stale and paint-by-numbers once the writers had a chance to hear the first set of feedback. I don’t know if it’s something intrinsic to the genre, or to the fandom, or neither, but it’s certainly disappointing.